Catalytic Converter Theft: A National Crimewave On The Rise

According to research from the National Insurance Crime Bureau, an organization dedicated to tracking crimes reported to insurance providers, the number of catalytic converter thefts increased an astonishing 1,215% from 2018 to 2021.

With no signs of slowing down, and the current economic downturn adding fuel to the fire, many vehicle owners wondering how they can protect their catalytic converter from ‘would-be thieves’.

In this guide, we help you take preventative actions that can significantly reduce the chances of theft, and in most cases, reduce your risk to near zero.

Fact is, thieves are out for the ‘easy money’. With so many targets (virtually ANY vehicle), just a few simple steps are all it takes to make YOUR vehicle just a bit harder than the rest to ‘mess with’.

Think of it like an alarm system in your home. All things being equal, would you (as a hypothetical robber), break into the home with extra deadbolts, a guard dog, and an alarm system? Or would you rather go right on over to the neighbors who always leave the backdoor open, has ample areas to hide, and have no dogs or alarm?

The choice seems obvious, and in this fictional example, your home would be safe.

Similarly, the steps in this guide will in effect do the same thing to protect your catalytic converter from being stolen, hijacked, and swiped. 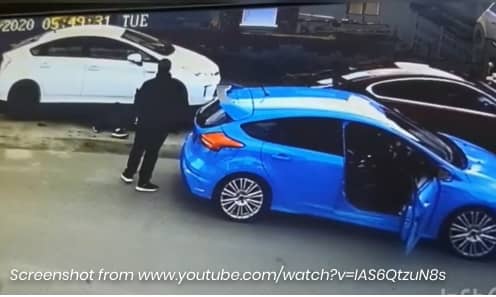 How Can I Prevent My Catalytic Converter From Being Stolen?

We hear this question a lot. And with good reason. Turns out, it’s not just an inconvenience to have your catalytic converter stolen, it’s an expensive ordeal that can leave you out of pocket … BIG.

According to experts, the out-of-pocket cost of replacing a stolen catalytic converter can run as much as $1000-$3000.

Read on to learn how to protect your catalytic converter from theft, as we cover the most common questions we receive, along with tips and advice to keep your converter safe.

How Do You Park A Car To Protect The Catalytic Converter?

Turns out, where you park can have a big impact on whether or not your vehicle is seen as a prime target for theft or one that is best left alone.

If possible, parking within a private (LOCKED) garage is your best bet. However, only around 50% of residences have private garages in the United States, leaving a good number of people without that option.

When a private garage is not available, your next best bet is to park close to a building’s entrance where there will be more visibility and foot traffic (thieves don’t like witnesses who can call the cops). Similarly, a thieves’ best work is done under the shadow of the night or when hidden from the public. In other words, parking your vehicle where it is out in the ‘open’ and ideally under a lamppost or in another well-lit area is key.

Install a Camera – And Make It Visible

Criminals don’t like being on video and for a good reason. This strategy not only acts as a preventative measure to ‘scare off’ thieves, but it also can provide you with evidence to try and prevent future thefts, as well as provide you with additional evidence for making an insurance claim.

We suggest installing cameras facing where you park, and being obnoxious about letting people know they are there. For example, highly visible signs that are unmistakable, telling those in the area that the space is video monitored 24/7.

Criminals don’t like being seen. They also don’t like being startled when they are in ‘the act’ of stealing. Motion lights are a two-pronged preventative measure, shining light and focus on the area where a thief may try to steal your converter, but also adding an element of surprise. The would-be thief won’t know if it was a REAL person who spotted them and turned on the light, or if it was automatic.

Install An Antitheft Device or Guard 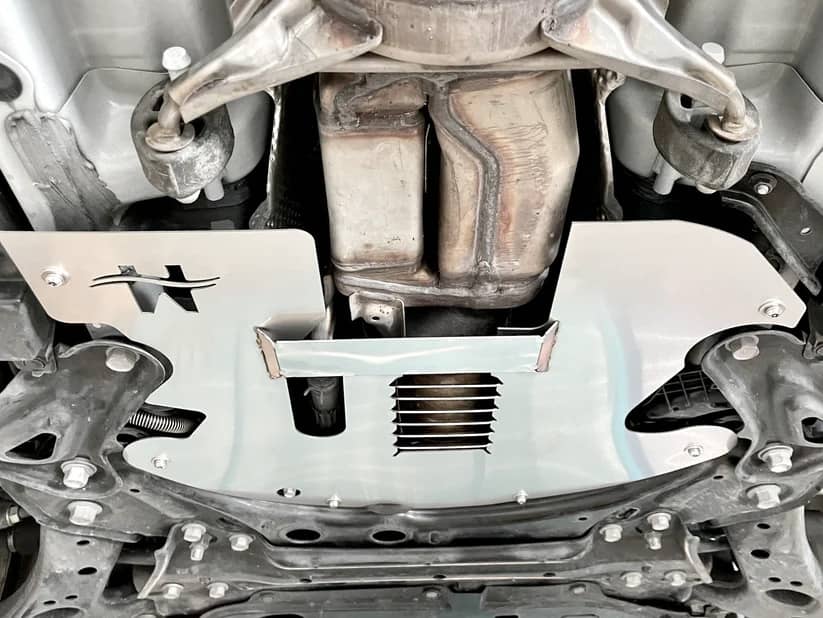 Cat Converter Protection offers a wide range of protective and anti-theft products to protect your converter from theft. Available for a variety of makes and models, these products offer superior protection, making it darn near impossible for thieves to be successful.

Offering peace of mind you can rely on 24/7/365, these anti-theft devices offer unparalleled protection backed by decades of experience and innovative engineering.

Built to the highest standards, one look at these devices will send criminals down the street to tackle easier targets.

Individuals can easily search for their own make and model HERE.

This low-cost, high-impact solution actually works, but not just how you think it might. The first line of thought here is that a bright converter will ‘stand out’ and make it harder for the thief to hide their stolen goods. But there is one more benefit. Since catalytic converters are always unpainted, a painted converter is a clear signal to any auto parts store, mechanic, secondary buyer, and police that it is stolen.

SOME POLICE DEPARTMENTS ARE OFFERING THIS AS A FREE SERVICE:

And then reach out to your own local police station to see if they too offer such a service.

Is Your Make or Model a High-Value Target for Criminals?

When it comes to catalytic converters, every vehicle is a potential target for criminals. From minivans to SUVs and everything in-between. But some makes and models tend to be higher value for crooks, increasing the risk associated with such vehicles. Knowing if your is on the list is important information you can use to take proper precautions.

Can I Claim on My Insurance for a Stolen Catalytic Converter?

Sometimes yes, sometimes no. Those with comprehensive full coverage are often covered from theft (but will still have to pay a hefty deductible and deal with the time and frustration of having it repaired and replaced). For those without comprehensive coverage, they are often left to pay the total cost out of pocket.