Unfortunately, there is very little on factory vehicles to prevent criminals from stealing catalytic converters. The ease in which these can be stolen, combined with the high black-market value and abundance of ‘targets’, makes catalytic converter theft a downright ‘no brainer’ for thieves looking to cash in big.

Turns out, they’re doing just that. With the economy struggling, even thieves are hurting, leading them to double down on the quick, easy money.

In this guide, we cover all of your glaring questions regarding catalytic converter theft, from the vehicles most at risk, to just how easy it is for thieves to get away with the goods.

And if you’re worried about your vehicle being a target for criminals in your area, a catalytic converter shield is the best way to keep your vehicle safe.

How Quickly Can Someone Steal Your Catalytic Converter?

With virtually zero training, no expertise, and a hand tool or two, thieves can effectively steal one catalytic converter per every 2-3 minutes.

This makes prevention a major challenge. Since anyone walking down the street can run off with your car parts in minutes, most criminals aren’t even waiting until nightfall to strike. In fact, office, work, and even shopping center parking lots are a virtual buffet line for crooks who can hide between parked cars and be off with hundreds or thousands of dollars of parts within minutes. All with no one the wiser.

Some crooks even go so far as to bring a mechanic’s ‘creeper’ (a flat board with wheels so they can slide under and out from under vehicles quicker). This ‘creeper’ and the converter can be easily stuffed in a duffle bag or backpack to remain inconspicuous. 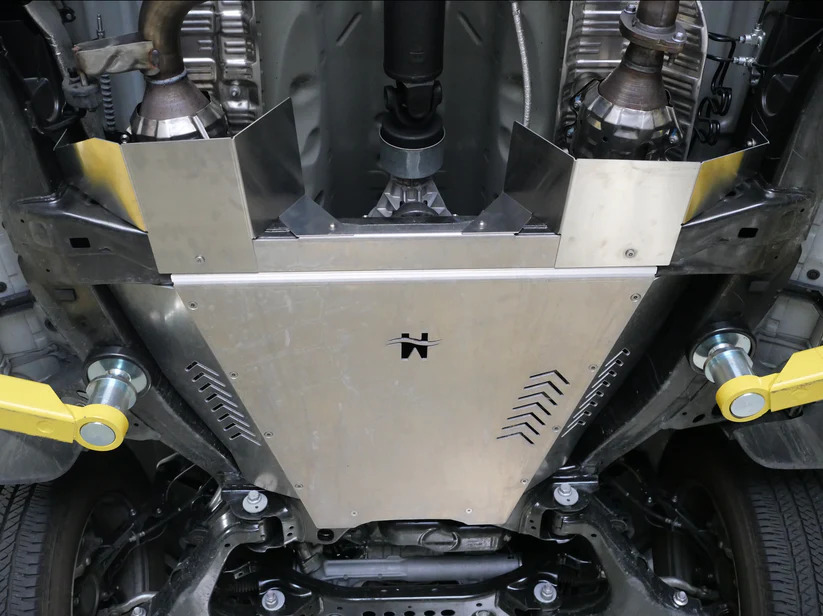 Where Are Stolen Catalytic Converters Sold?

Catalytic converter theft and black-market sales are BIG business, and more often than not, even ‘legitimate’ buyers are turning a blind eye to the fact that they are buying stolen parts.

According to the International Association of Auto Theft Investigators, stolen catalytic converters are often ‘laundered’ by vehicle recyclers, junk yards, used car sales lots, processors, and smelters, each of which faces little to no scrutiny about where the products they are using were purchased from.

With high-profit potential and low risks, even ‘legitimate’ businesses are often willing to get down and dirty while cashing in big. 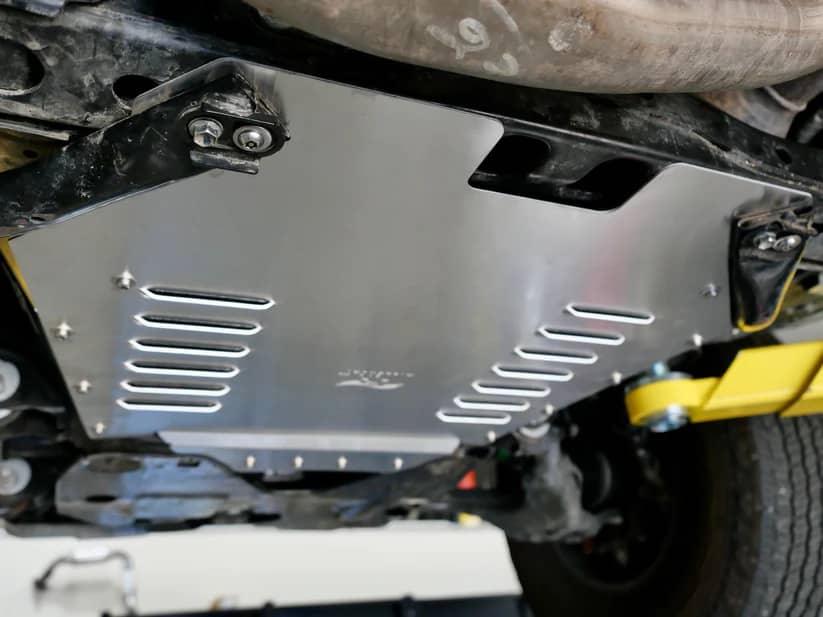 Where to Report a Stolen Catalytic Converter?

You come out of the grocery store, arms full of essentials for your family, you unlock your car, load up, and hop in eager to get back home and relax. You turn on the engine only to be presented with the deep throaty roar of a racecar. But it’s not a racecar you drive … it’s a family sedan. What gives?

You’ve been robbed. In plain sight.

The telltale sign is an obnoxiously loud exhaust that is unmistakable. But what’s next? Reporting the theft of course. But where and to who?

The first thing you’ll want to do is call the police and file an official police report. This evidence will be necessary when making an insurance claim (if insurance even covers theft of parts).

Speaking of insurance, after dealing with the police, your next step will be to contact your insurance agent/company and to see if you have coverage. If you do, you’ll want to file a claim.

In the meantime, you’re left with a vehicle that is technically illegal to drive on US roadways. A catalytic converter is required by law.

This can be a major inconvenience, as well as an unexpected expense. 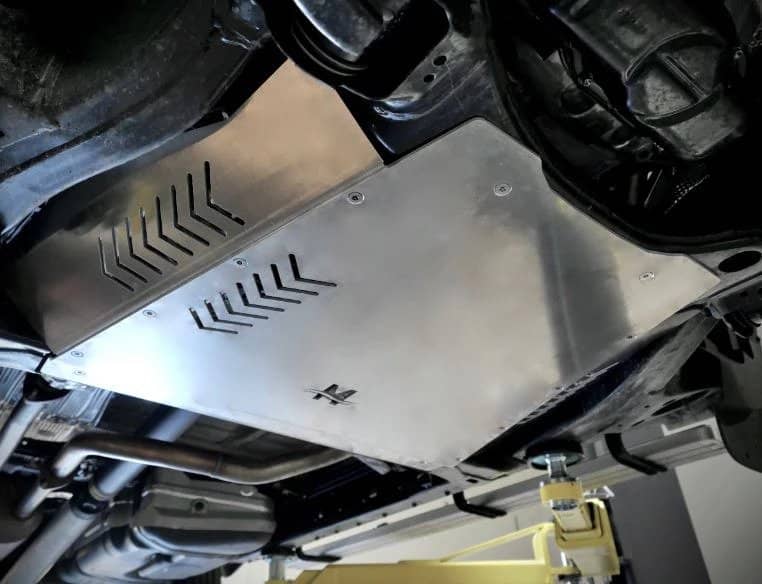 Is it Worth Reporting a Stolen Catalytic Converter?

This question is a bit more complicated than a simple ‘yes’ or ‘no’ and will be dependent on your unique situation and goals.

The Downside of Reporting a Stolen Catalytic Converter

How Much Do Thieves Get for Stolen Catalytic Converters?

How Much is a Stolen Catalytic Converter Worth?

Quite a bit it turns out. Since 1975, the US government has mandated that all road-approved vehicles be outfitted with a catalytic converter in order to combat harmful emissions.

In order to achieve its job, each converter is full of precious (rare) and expensive metals, including palladium, platinum, rhodium, and gold.

Recyclers or others in possession of these stolen converters can then sell the contents of each converter for upwards of $6,000 per ounce (as in the case with rhodium).

To put things in perspective, at 2-3 minutes a vehicle, a single criminal could make as much as $8000 for about a half-hour of work if they hit 10 Priuses.

Not to mention it’s a heck of a lot less risky than other crimes, such as selling drugs. 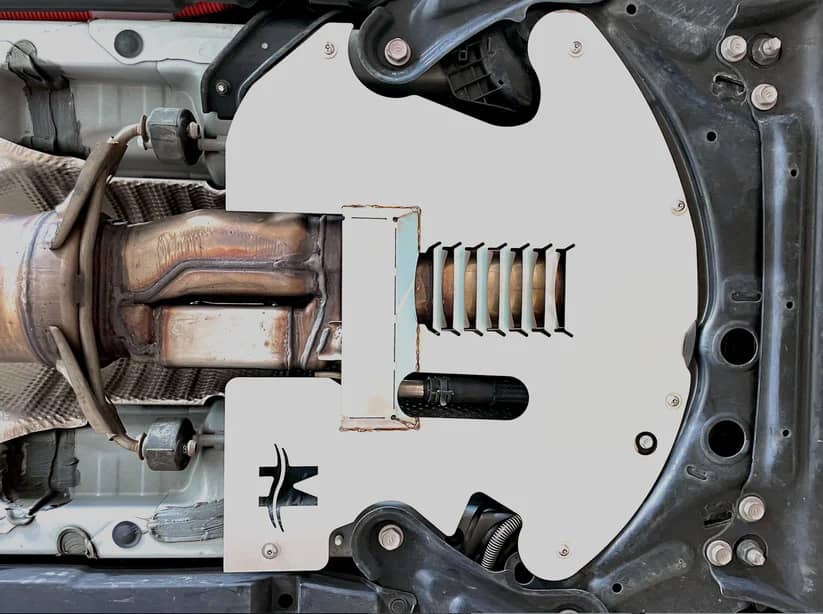 Is a Stolen Catalytic Converter Covered by Insurance?

In some cases yes, in others, no. The best way to get this answer is to carefully review your insurance policy and/or contact your insurance company and ask.

Even in instances where your insurance policy does cover theft, you’ll likely face a big deductible and the risk of increased insurance rates for filing a claim. We all know insurance companies aren’t supposed to increase rates based solely on claims, and yet, we all know people that have had this happen to them (ourselves included).

Not to mention the added aggravation and stress of dealing with filing a police report, filing an insurance claim, waiting for payout, hiring a mechanic, and more.

The best ‘insurance’ against catalytic converter theft really is an anti-theft device.

How Do You Prove a Catalytic Converter is Stolen?

First up, you’ll need to be aware of the signs indicating your converter has indeed been hijacked…

The Signs Your Catalytic Converter Has Been Stolen

Proving Your Catalytic Converter Has Been Stolen

This part can be easier said than done, but with the right precautions, you might have just the evidence you need.