The increase of reported thefts related to catalytic converters has been steadily on the rise for the last number of years. In fact, to say the number of cases is on the rise is to completely undersell the epidemic currently taking place in the United States. Not only have the figures shot up but in some cases, the numbers have quadrupled from one year to the next.

Preventative measures are needed to help keep you and your vehicle safe and just to demonstrate how serious the problem has become. We’ve compiled comprehensive statistics from The National Insurance Crime Bureau to help shed some light on this growing problem throughout the USA.

The simple fact is year after year, the amount of filed crime reports has shot through the roof. In 2019, the NICB had reports of just under 3400 cases of catalytic converter thefts across the country. The numbers rose from 3,400 to 14,500 the following year 2020. This is four times the number of cases reported the previous year. However, both pale in comparison when you look at the figures for 2021. A staggering 50,000 converters were reported stolen throughout the year. It’s clear that there is a shocking increase in crime and that the theft of catalytic converters is clearly a lucrative business for the seedy underbelly of criminal organizations.

The scariest part of these stats based over three years is that these only reflect the number of incidents that get reported each year. The actual figures potentially could be far higher but one thing is clear: Year over year, there has been an explosion of incidents related to the theft of catalytic converters.

According to a recent report carried out by State Farm, the shocking increase of catalytic converter theft crimes has reached an increase of over 1,171% in the last two years.

Crimes are being reported all across the country and no state seems unaffected by the rapid increase in thefts. According to a report for the fiscal year 2020 to 2021, the pay-outs alone for insurance claims on stolen converters were over $33 million dollars.

Three States thus far have tried to have bills passed to crack down on catalytic converter thefts which highlight what a serious problem this has become nationwide. So far though, bar Oregon, none of the bills have been passed to date leaving every state in the country an open invitation to criminals. The bill that has successfully passed in Oregon forces retailers to submit paperwork for every converter sold and also documents for any disposal of converters also. This however won’t deter criminals from stealing converters and selling off the components but it is at least a step in the right direction. Until legislation is passed to enforce VIN numbers on each converter then crime will continue to soar.

How Much Does It Cost to Replace a Catalytic Converter?

Catalytic converters can cost anywhere between $1,000 to $3,000 to purchase new. It’s estimated that criminals reselling them on the black market can fetch anywhere between $250 to $1,500 depending on the components used. Hybrid converters for example have more precious parts that fetch higher prices.

Types of Trucks and Cars with the Most Catalytic Converter Stolen

The following is a list of the types of vehicles that have the most stolen reports. There are many factors as to why certain ones are more popular than others such as volume, value, and ease of access. Although this is a top ten, the sheer volume of these types of cars/vehicles on the road can influence how often they are stolen. So although the list doesn’t outline the most expensive cars or in fact, the models with the most valuable converters attached, it is an accurate list of the makes/models that have had the most reports filed about them in the last year: 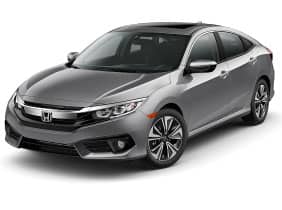 What Vehicles Have The Most Expensive Converters?

As previously mentioned, it tends to be the components and precious metal in the catalytic converters that are profitable for the criminals to sell on and reuse. Every car company uses different manufacturing techniques and some converters are more complicated than others. Typically the catalytic converter on a hybrid vehicle for example will fetch a higher resale price as it has many more components than a conventional one. Sports cars and luxury vehicles also have converters that are at the higher end of the scale and are potentially a more lucrative choice for thieves. The reason they don’t feature on the top ten list above is simply that there are fewer luxury vehicles on our roads so fewer opportunities for thieves to prosper. The list below shows the most lucrative vehicles for a criminal to steal a catalytic converter from. If you own any of the following vehicles you should be wary of potential thieves in your area :

The effects of climate change have lead to more and more vehicle purchasers looking toward PHEVs and EVs as viable transportation solutions. The gesture is a great step in the right direction for influencing our carbon footprint and becoming more eco-friendly, but it does have its downsides too. Unfortunately, most catalytic converters manufactured for PHEV and EV cars have two aspects that appeal greatly to criminals. Not only are they generally more complex and contain more valuable components than basic converters but sadly, they’re also easier to remove for criminals. This makes them the perfect honey pot for theft. Being able to remove them in minutes and getting a higher resale value means that if you’re currently driving an electric vehicle or a hybrid … the chances are, your vehicle is more appealing to a criminal than others. Food for thought and definitely something to be wary of.

So as mentioned Oregon has had some success in cracking down on catalytic converter theft in recent years. Not only have they managed to pass a bill that enforces documentation of converters changing hands or being recycled but they also cracked down on theft itself. Police detectives working out of Beaverton Oregon managed to crack down and make arrests on a criminal ring that spanned over six states. The criminal organization was responsible for a $22 million dollar ring dealing solely in catalytic converters and selling the previous metal in them which only helps to highlight the crisis that has affected every state in the country.

The bust leads to search and seizures in eight different locations and lead to the confiscation of over 3,000 stolen catalytic converters along with cash, valuables, and jewelry also. On July 29th, 2022, 12 people were indicted for theft, racketeering, and money laundry among other convictions. This is one success story in a sea of theft and corruption, however. The arrest of one individual caught with stolen converters lead to the Ring Leader of the group and further arrests. The result was a good one for law enforcement but the overwhelming increase in cases of catalytic converter theft shows that it has done little to deter career criminals.

What Can You Do To Keep Your Car or Truck Safe?

Unfortunately, the statistics don’t lie! Theft of converters is at an all-time high and slow legislation isn’t going to deter the criminals from targeting more and more vehicles each year. The growth in case year on year is simply staggering and it’s clear that all vehicle owners in the United States should take precautions and do as much as humanly possible to protect their property.

Sure some positive steps have been achieved especially, in Oregon but more is needed. The bills currently being passed are also good steps in the right direction, but until they are passed into law and enforced, then they’ll have zero impact on the criminal underworld.

If you are a vehicle owner and wish to reduce the chance of a criminal stealing your catalytic converter, then please buy and install a catalytic converter shield. Prices are affordable and our customer testimonies speak for themselves. You owe it to yourself to spend ten minutes and check it out.